Aachen, Germany, 30 March 2022 – Grünenthal, an international science-driven pharmaceutical company and a leader in pain therapy, has announced its full-year results for 2021. Net revenues reached €1.5 billion, an increase of 15 percent over 2020. Adjusted EBITDA reached €370 million, increasing by 10 percent compared to the prior year. Profitability was driven by robust sales growth, improved production efficiency, and strict cost management. Grünenthal's continued strong performance enabled the company to almost triple its adjusted EBITDA since 2017.

Drivers of the performance were sales in Grünenthal's core markets in Europe and Latin America. Palexia™ continued strong growth in Europe, with sales increasing by 11 percent. In Latin America, the company saw sales growth of its promoted brands following a strategic focus on differentiated pain products.

EBITDA-accreditive M&A deals are a key part of Grünenthal's strategy. In 2021, the company completed the acquisition of the European rights to Crestor™, already showing a substantial sales contribution in its first year. Grünenthal's revenue from the portfolio of acquired brands, including Nexium™, Vimovo™ and Zomig™ has grown by 20 percent compared to the prior year. COVID-19 had a limited impact on Grünenthal's business operations. The company has been able to ensure an uninterrupted supply of medicines to patients worldwide.

"Our people have carried Grünenthal to its best-ever financial performance. We have almost tripled our EBITDA over the last five years and significantly advanced our pipeline, creating fantastic momentum to expand our leadership in pain," says Gabriel Baertschi, CEO and Chairman of the Corporate Executive Board.

Investments in 2021 included measures to strengthen the company's business with QUTENZA™ in the US, where Grünenthal sees significant opportunities for further growth. The company more than doubled its field force for the product that leverages the Nobel Prize-winning discovery of the Transient Receptor Potential Vanilloid 1 (TRPV1).

The company also invested in its development pipeline by acquiring Mestex AG with its innovative investigational medicine Resiniferatoxin (RTX) in April 2021. The promising Phase III asset is developed to provide patients suffering from pain associated with osteoarthritis of the knee with a well tolerable, non-opioid therapy option. It leverages an innovative mechanism of action that also targets the TRPV1 receptor. Grünenthal aims to launch Resiniferatoxin by 2025.

To create additional financial flexibility for the company to invest in future growth, Grünenthal entered the debt capital markets with a €950 million bond. Credit rating agencies validated the company's strategy with strong credit ratings, and demand from investors far exceeded expectations. With the bond, the company extended its debt maturity profile. Around 95 percent of Grünenthal's debt facilities mature in 2026 or later. An Environmental, Social and Governance (ESG) rating agency acknowledged that Grünenthal has a strong management of its ESG risks and placed the company in the top 5 percent of the pharmaceutical sub-industry in March 2021.

"Grünenthal's exceptional operational performance and outlook have been validated by major rating agencies, and the strong investor demand for our bond offering," says Fabian Raschke, Chief Financial Officer of Grünenthal. "The additional financial headroom we generated puts Grünenthal in an excellent position to invest in future growth."

2021 also saw significant progress of key pipeline projects. Grünenthal enrolled the first patients in a Phase III trial to prepare for an extension of QUTENZA™'s US label to include the treatment of post-surgical neuropathic pain. In addition, the company enrolled the first patients in a Phase I trial with its proprietary Glucocorticoid Receptor Modulator (GRM) and conducted an experimental medicine trial with its Nociceptin/Orphanin FQ peptide receptor (NOP) agonist.

On top of the financial performance, Grünenthal made significant progress on its People & Culture strategy. Grünenthal was certified as a Great Place to Work® in eight countries. 81 percent of employees participating in its recent global survey ranked Grünenthal as a great workplace, an increase of 9 percent compared to the previous survey. 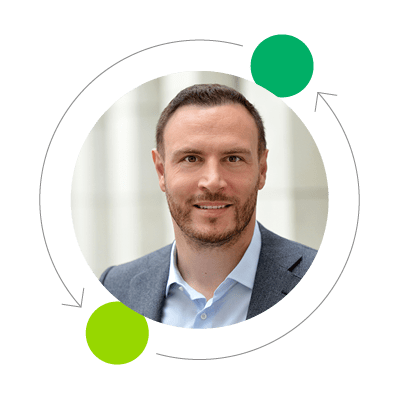